Raksha Bandhan is a day for brothers and sisters to reaffirm their bonds of affection. It is observed by the Hindus in northern India and by both Hindus and Buddhists in Nepal, where members of both religions often celebrate in each other's temples.

Rakhi is undoubtedly one of the most popular cultural festivals in India. Sisters tie colorful threads or amulets (see RAKHI ) on their brothers' wrists and put dots of vermilion paste on their brothers' foreheads while praying for them to live a long life. Brothers, in turn, give their sisters gifts-usually a piece of jewelry or clothing, or perhaps some money-while promising to protect them throughout their lives. In families where there are only boys or only girls, a friend or relative is asked to act as a brother or sister during the festival.

This is one of those rare ancient cultural occasions that does not limit the rituals to a brother and a sister. You need not be a related by blood or family to tie a rakhi and do pooja on Rakshabandhan.

Rakhi usually made from a few colorful cotton or silk threads, or sometimes from silver and gold threads, the rakhi symbolizes protection against evil during the coming year. According to legend, when Sultan Babar, the Mohammedan Emperor at Delhi, received a portion of a silken bracelet from the Rajputanan princess who was in grave danger, he immediately rushed to help her. Such a relationship was considered to be like that of brother and sister, and it became customary in India for men who had received rakhis to risk their lives, if necessary, to help their "sisters" and rescue them from danger.

Another legend says that Sachi, the consort of the Hindu god Indra, tied such a thread bracelet around the right wrist of her husband when he was disgraced in battle by the demon forces. Indra fought the demons again and was victorious this time.

Old, worn-out rakhis must be discarded in the water of a pool, sacred tank, or river.

Owing to the regional influence of the local legends and their relevance in different parts of the country, the celebrations of Rakhi vary throughout India. This festival is primarily known as being associated with the north and north western part of the country. But, it can be safely said that with changing times and the world having become a smaller place, this occasion has gained popularity in many parts of this country and even so the world.

Raksha Bandhan that is also referred as Rakhi is one of the holy festivals of Indians that is celebrated every year with great fervor. Thus when its Rakhi celebration round the corner, everyone is obvious to get busy in the preparations for Rakhi pooja. On the Rakhi celebration every sister performs an aarti of her brother with the holy flame, marks a tilak with roli and chawal on his forehead, tie the sacred thread on his wrist, offer him sweets and prays to God for the well being and long life of her brother. Thus before Rakhi everyone arranges all such essentials for the Rakhi Pooja thali that consists all.

FAMILY GET TOGETHER PREPARATIONS

Rakhi is one of the most cheerful and awaited festival celebrations that every brother and sister not just celebrate with each other but with entire family and loved ones. Thus the Rakhi celebration day turns out as a big event day for most of the families in India. All the elders and youngsters of the family come together and celebrate Raksha Bandhan by following all the rituals of the festival that is tying Rakhi threads to brother, exchange of gifts and having sweets. Thus every brother and sister enjoy the day to fullest and every Indian family starts their Raksha Bandhan get together preparations from much prior to the day with Rakhi gifts shopping, Rakhi sweets shopping and lot much.

The below mentioned sms/shayari are meant regardless of any stage. So, what are your looking yet? Scroll down and get your dish to greet your brother(s), sister(s). 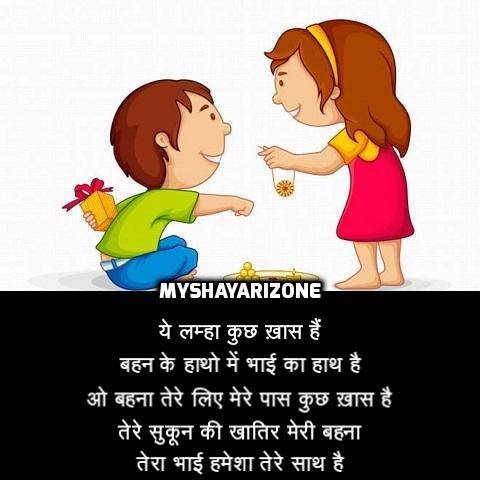 So don't waste your time and celebrate this Raksha Bandhan with your brother(s), sister(s) with our Best Raksha Bandhan SMS wishes, shayari, messages, lines etc.